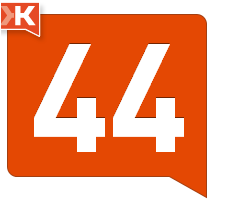 No Pain No Vain

So what is all this about Klout and your Klout score? Aren’t you just a little bit interested to know how popular you are on the net?  Well maybe I should rephrase that.  It’s called “influence” and the question is, how much of it do you have?  It’s a rather interesting concept but an easy target for skeptics claiming to be less vane. Maybe they are but I’m guessing fear might also have just a small hand in it. After all, your Klout score could be more than just a blow to your ego, it could be career ending for some whose business is internet based. But for those who are traveling on the vain high road; would it make any difference at all if I told you that I already know your score? So does everyone in your social network that chose vanity over high road. The cat is out of the bag, It’s too late.

After ignoring it for as long as I could- I finally signed up. With one eye closed I waited in anticipation for those deep orange numbers to label me a nobody, squashing all my inflated ideas that I might be someone. As it turns out, I’m far from a celebrity, but thankfully, on the grid.

What is Useful About Klout?

Despite the site’s lack of meaningful interaction or activities like you find on Facebook or even twitter, I’ve actually found it to be a useful filtering tool in my list of an almost unmanageable amount of twitter followers. The ability to view each follower’s Klout score is a second affirmation of those I suspect as spammers, hackers or pestilent space wasters. On the other hand, it also gave me some insight on who I should be paying more attention to in my social circles. I have to say I was shocked on more than one ocassion to find , who I may have ignored in the past, now had my full attention. Maybe that’s vain to some, to me- it’s just useful knowledge.