Hosting: You Get What You Pay For

Hosting: You Get What You Pay For 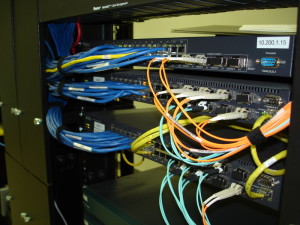 You get what you pay for when you host.  Being in the web design and marketing industry for over 5 years now I have learned some lessons the hard way. Hosting happens to be one of those lessons and nightmares I wished at the time would end, or I would wake up from. It happened at the beginning of my career and was a stumbling block. Despite the signs and red flag disasters, I hung in there like Rocky, and took a championship beating. My contract was a 3 year contract I had paid for upfront, so I felt trapped.

However, if you consider I only paid $86 for hosting all three years, and that unused portions of hosting are refundable, including this one, you might be scratching your head wondering why I hung around for as long as I did. Let me know if you figure it out. Hoping something would get better is not only wishful thinking, it’s dangerous territory to explore as a new business. Needless to say, for the almost year I spent with this hosting company in question, I had to rebuild my website over 15 times. Somehow, mysteriously, my site just kept disappearing, files and all. Poof, it was gone just like that. It even occurred on one occassion while I was on the phone with their support team. The backup file was also deleted in the mass execution, being that it resided on the same server. Hmmm?

Now remember I was new to hosting and how it worked so I was feeling my way in the dark. Never at any point in the numerous conversations I had with their support team, did anyone ever think of, offer up, or guess that it could be some other force (other than myself) who was sabotaging my website. Needless to say this made things even more frustrating since they basically did nothing at all to help remedy the issue. They figured I was below average intelligence when it came to hosting, and that I was accidentally deleting my own site.

To make a long story short, when I finally had the confidence and wherewithall to dump this service provider like a bad habit, an interesting thing happened. My very reliable and keen antivirus software picked up a virus in the backup file obtained from this so called, “wanna be” hosting company. Yep, a virus, of the nasty sort. Okay this is where I really begin scratching my head. Basically, they failed to run anti-virus software to see if, by chance, I wasn’t an idiot deleting my own site. Wow! They instead risked the business and websites of the many others they pack onto one server. I wonder how many other people also have/had this virus?

Upon the recommendation of a friend I switched to a company called Bluehost. It’s a completely different world. And I now know its a different world from a lot of hosting companies. The customer service at Bluehost is AAA. They don’t leave you out in the cold. They work hard to help you troubleshoot problems with your website, regardless if these issues are your fault or their fault. I have transferred most all of my clients to Bluehost and everyone is happy with their services. If you are in need of hosting I strongly recommend them. Visit Sign up with Blue Host

P.S. Bluehost is reasonably priced also. It’s not the most expensive nor the least expensive. Beware of outrageously low cost hosting. If it seems to good to be true, it usually is.